The first two strategic sessions on the Ukrainian Cluster Alliance (UCA) were held online on July 14th and 27th 2022. 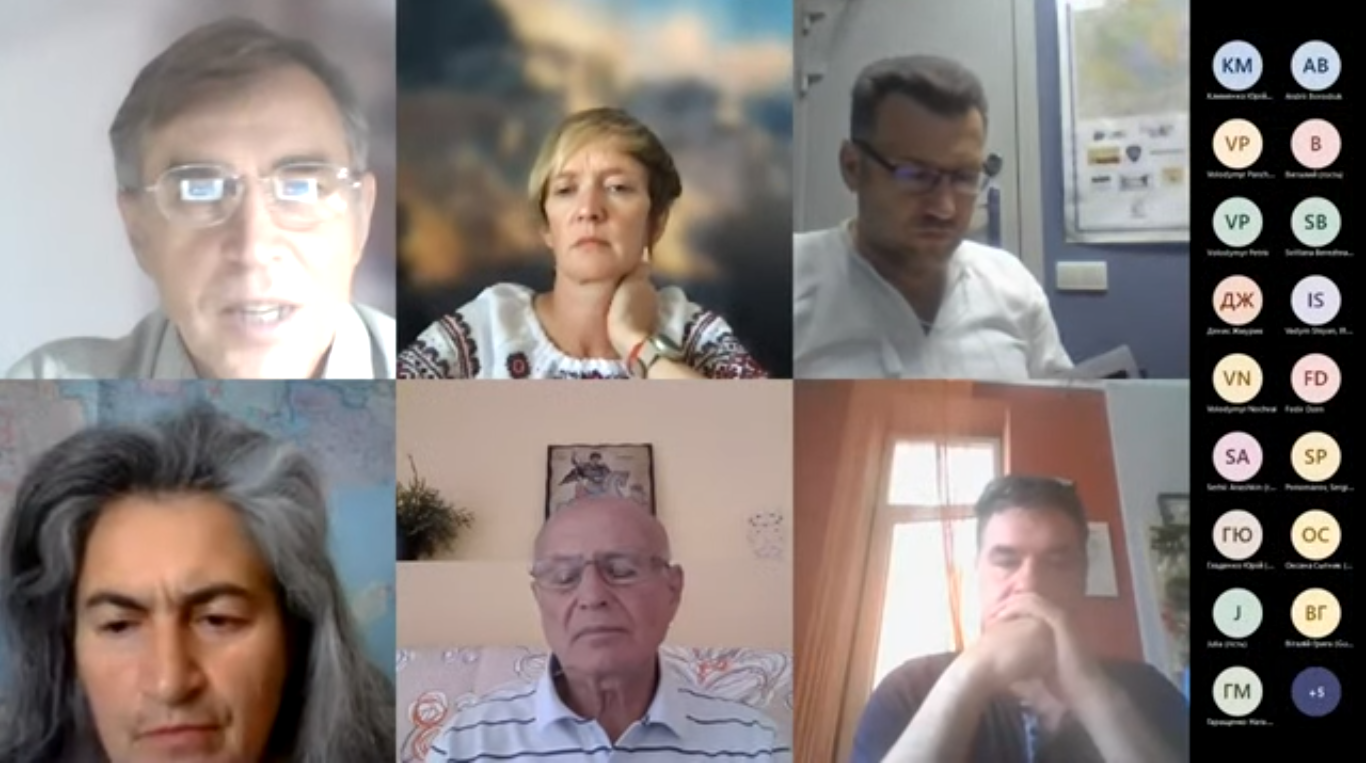 On the first meeting leaders of the clusters united in the Alliance shared their vision of the main problems of small and medium-sized enterprises (SMEs) in war conditions and proposed systemic solutions to overcome them.

Oleksandr Yurchak, the head of the UCA, pointed out noticeable progress in UCA leading activities and outlined the main challenges for Ukrainian SMEs in war conditions: “The number one challenge is orders, which our businesses are losing almost everywhere nowadays; the second issue is logistics, restarting production, especially for clusters from the occupied east and south regions; it is a matter of personnel, how to retain them, change work perhaps, improve skills, motivate and so on; and the last question is how to replace individual suppliers who were from the eastern markets, and here there are certain conflicts, because, as far as risks are concerned, everyone wants payments in advance.

In our domestic market, everything is falling due to the war, and in order to survive, we need to significantly increase our activity and realize all the opportunities that open up in foreign markets.”

The participants of the strategic session discussed the status of the projects implemented within the framework of UCA, in particular the following: “Export-Internationalization”, “Rapid Response Centers”, UCA analytical center.

Olha Trofymova, head of UCA export-internationalization direction of activities: “We have unprecedented results, first of all in UCA internationalization, such as our inclusion in the European Cluster Alliance, appearance of real ambassadors of Ukrainian business and our cooperation with EIF, EIT. And the fact that DigitGrow returned to Ukraine was also outcome of our work, in particular after our meetings they resumed work with our ministries.”

Oleg Demchuk, leader of the Podillya Fashion Cluster, drew the attention of the UCA community to the lack of common understanding of the term “cluster” both among the business community and at the state level, and offered his vision of some of the UCA functions: “There is no clear definition in the legislative field of what a cluster is. And when we talk about UCA, we can go in two ways. We can have representation in the management boards of companies according to the industry or according to provided services. That is, the Alliance will have people responsible for communication function, and there will be people who will develop financial component. Donations and grants are not the only tool. We could help clusters work with investment funds and credit lines. We have to polish this tool in the process of work.

I would ask my colleagues in UCA clusters to choose for themselves an understandable current model of a cluster in the EU and to adjust their work to it, so that the UCA became a powerful voice of Ukrainian business both in Ukraine and all over Europe.”

UCA already has 36 members, and we demonstrate rapid growth in a number of directions of activities, first of all, in internationalization.

The first UCA strategic session showed a good understanding by the clusters of our joint lobbying of the clusters’ and industrial SMEs’ interests at the government level and the general need to be united.

On July 27, 2022, the second UCA strategic session took place onlie. Leaders of UCA clusters from various industries discussed the existing achievements and the main goals of the Ukrainian cluster movement development, primarily in the internationalization of business, clustering of the economy and lobbying for the introduction of breakthrough technologies.

UCA experts also outlined the key current problems of the domestic cluster community and the ways to overcome them.

Oleksandr Yurchak, UCA head: “Currently, I see four key challenges for the cluster community. The first is how to increase UCA and separate cluster groups’ capabilities, since now our opportunities in the international arena already exceed our capabilities, here the problem is not only competences, but also the language problem – who and how will respond to proposals of foreign partners. Available options for responding to this challenge: creating a map of clusters, then profiling the best areas of expertise and establishing broad international communications.

The second challenge is how to improve intercluster cooperation. The potential of cooperation between clusters is still poorly realized. Responding to this challenge, we must strengthen the matching between traditional industries (garment, agro, light industry and others) and industrial innovators/digitizers. Accordingly, it is necessary to develop networking and matchmaking tools in our work, to more practice these tools.

The third challenge is our positioning among other business associations, and this was clearly visible at the Global Economic Impact Forum on Ukraine in Istanbul. That is, many business associations support the hype about clusters, the rhetoric about value-added chains (VAC), etc. Another matter is how to make this rhetoric turn into permanent processes of growth and development, and not periodic hype. That is why specialization of clusters is important! UCA should promote its areas of expertise, keep focus on VAC, innovation and digitalization of industrial SMEs. We need to focus on quality analytics from UCA in our areas of specialization and promote the UCA brand accordingly.

The fourth challenge is how to help young and relocated clusters, which are half of the UCA members, with very limited experience, resources and competences. It is necessary to intensify the processes of unification into Rapid Response Centers, trainings, coaching and mentoring for such clusters, promote their integration into other educational programs to strengthen cluster capabilities, and also develop UCA fundraising function.

Yuriy Zhukov, leader of the Ukrainian Maritime Cluster: “The value of the Cluster Alliance is support for industrialists in analyzing landscapes of inter-cluster VACs. For example, the Maritime Cluster can conduct such an analysis only in relation to its own condition, while in UCA there are teams that work more widely and have more suppliers of equipment and services, both national and international.

The second position is to organize matchmaking of all potential stakeholders of intercluster VACs to eliminate the gaps that have arisen in VACs in the conditions of war, with the gradual localization of relevant suppliers. Part of this is already being done for the Maritime Cluster.

The third position is lobbying for state and international grant support to finance UCA and individual cluster’s analytical projects with a focus on strategic industries.”

Yury Gladenko, leader of the “Slobozhanske konopliarstvo” (Slobozhanshyna hemp growing) agro-tourism cluster: “UCA should act as a lobbying structure for breakthrough technologies. This is strategically very interesting and correct. Usual Ukrainian associations do not work in this. And we at UCA have various spheres, branches, scientific potential and creativity that could be suitable for such lobbying, and for deregulation lobbying.

Our cluster already works according to European standards, we are forming VACs with European clusters. Our resource is in demand on the European market, and we could form joint ventures, which is innovations and technologies. In these processes UCA can act as a high-quality expert who will be listened to, and as a leader in the internationalization of Ukrainian business.”

Also, our strategic goal is to cluster the economy of Ukraine and attract resources of research institutions to the economy.”

The UCA strategic sessions are held with support from “EU4Business: SME Competitiveness and Internationalisation” programme which is co-financed by the European Union and the German Government and is implemented by German Federal Company “Deutsche Gesellschaft für Internationale Zusammenarbeit (GIZ) GmbH”. The programme aims to create better conditions for the development of Ukrainian small and medium-sized enterprises, support innovation and export promotion, resulting in sustainable and equitable economic growth. As part of the Team Europe approach, the initiative will also contribute to Ukraine’s COVID-19 recovery.